The 2017 Christmas ornament commemorating the 32nd president of the United States, Franklin Delano Roosevelt. A collaboration between WHHA and Beacon Design, the ornament depicts a gilded American bald eagle, inspired by the eagle cartouche emblazoned on the podium at his FDR’s first inauguration in 1933, and is cast in shiny brass and plated in nickel and 24-karat gold. Though the eagle has been a national emblem since 1782, “it was the most dramatic of the 1933 inaugural stand decorations, which also included small representations of the Great Seal and the Union Shield, as well as garlands of bay and magnolia leaves. Roosevelt��s inaugural eagle was surely featured for its historical symbolism and likely enhanced to foreshadow the changes the new president envisioned.”

Other elements on the ornament honor additional aspects of FDR’s life and legacy. Two flags each have 48 stars, representing the number of states in the union during his presidency. Four stars above the eagle represent his four terms in office. The rounded-top silhouette of the ornament is similar to that of a tabletop radio, which Americans used to listen to his Fireside Chats.On the back side of the ornament, FDR’s beloved dog Fala sits next to the Christmas tree and presents. Each ornament is packaged with a 12-page booklet that highlights FDR and his family’s time in the White House during the Great Depression and World War II. 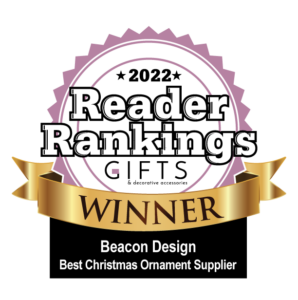